Top 20 summer festivals in the Cotswolds 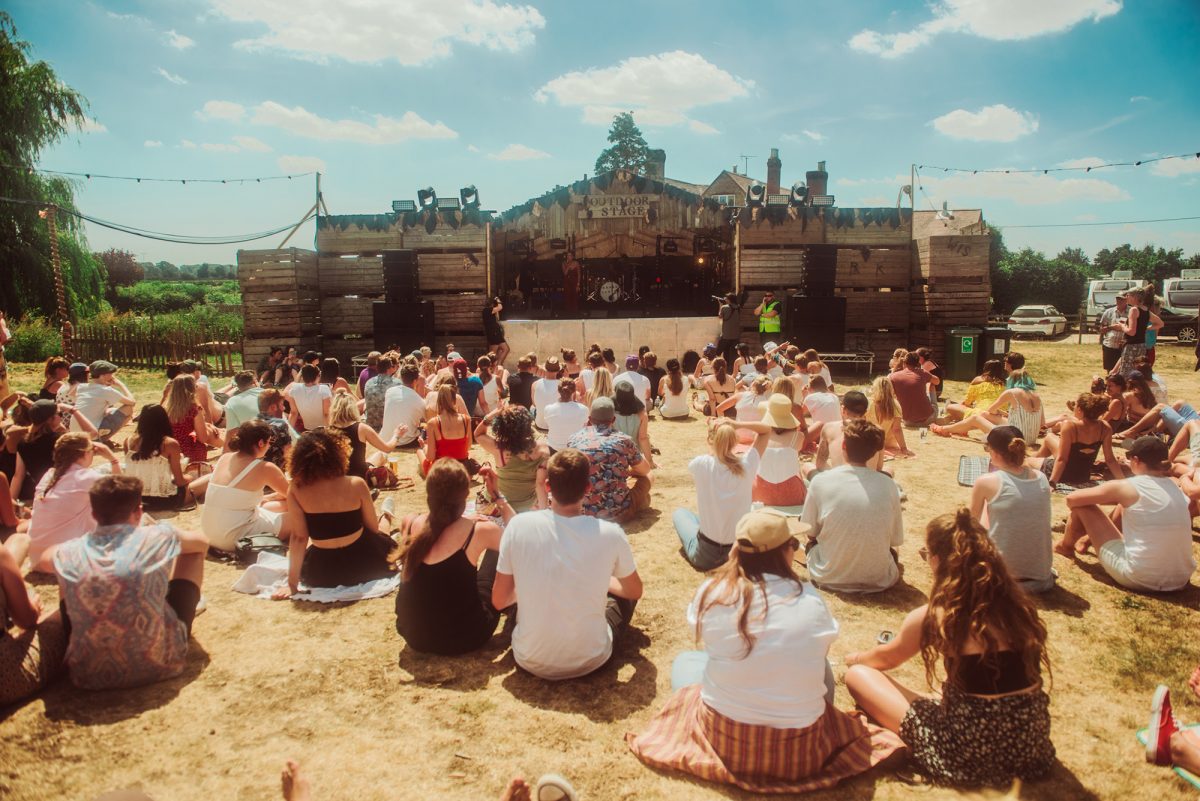 It’s festival time – no matter what the weather is like! Here’s our pick of the best summer festivals in the Cotswolds, from free community events such as Riverside Festival at Chipping Norton to the massive WOMAD festival in Malmesbury. If you’d rather wander back to the comfort of a lovely Cotswold cottage instead of camping or glamping, check out our cottages – we have at least one gorgeous cottage close to each of the events.

It’s the weekend that dog-lovers all over the country have been waiting for! Yes, it’s slightly out of the Cotswold, but it’s definitely worth a mention! Dogfest, the creation of the nation’s favourite Supervet, Noel Fitzpatrick, is a weekend full of everything and anything canine-related, with special guests Clare Balding and Noel himself! Bring your pooch, bring your family and prepare for a day of pups, muts, hounds and hilarity!

One for the petrol heads! Featuring sports cars, single seaters and motorcycles, and don’t forget the locally acclaimed Midland Hillclimb Championship on Sunday!

Barn on the Farm

Barn on the Farm is a groovy farm-based music festival celebrating its 10th anniversary this July. Confirmed headliners for 2019 are Sam Fender, Lewis Capaldi and Maggie Rogers.

The ultimate Cotswold Music Festival, Cornbury has a line up to rival Glastonbury, food sure to impress any keen gourmet hunters and arts, crafts and comedy to keep you entertained throughout the weekend. Featuring Keane, The Beach Boys, Beverley Knight, The Specials, KT Tunstall and Alfie Boe, to name but a few, this is a weekend packed with creative magic.

This highly respected music festival has grown from a very small village-run affair to a festival that now attracts thousands of people. Situated in the quiet village of North Nibley on the edge of the Cotswolds, over-looked by the Tyndale Monument, it promises a weekend of fantastic family fun – after all, it’s the friendliest festival around!

This year is the 75th Cheltenham Music Festival, celebrating the anniversary with major world premieres, world-leading ensembles, Festival debuts and we welcome back some much-loved regulars.

“From symphonic grandeur to the intimacy of chamber music, and from sublime choral experiences to brand new musical adventures. With its excursions, too, into world music, film, dance, the visual arts and the spoken word, it’s a musically-centred cultural banquet that has few equals in the UK.”

The multi-award-winning 2000trees festival – named as “Britain’s Coolest Festival” by Kerrang! Magazine– this 3-day event is in set in the stunning Cotswold Hills. You’ll get 3 nights camping, a friendly, intimate atmosphere plus amazing food and locally produced ciders, ales & lagers.

The Cotswold Show and Food Festival

An authentic country show with a difference, The Cotswold Show and Food Festival is a fantastic day out for the whole family with displays, stalls and entertainment to suite everyone! Featuring food and drinks stands, animals, shopping, the World of Dogs, polo matches and the fantastic Horsemen of the Knight!

Tewkesbury Medieval Festival is widely regarded as the biggest free Medieval gathering in Europe with over 2000 re-enactors and traders travelling from as far afield as France, Poland, Belgium, Spain, Italy, and Germany. Many live in full Medieval style for the weekend and welcome visitors to the living history camps around the battlefield, King Edward’s camp on Windmill Hill, and Queen Margaret’s camp in Bloody Meadow.

One of the UK’s biggest and most respected airshows, the RAF Fairford Air Tattoo is a day of non-stop aerial entertainment for the entire family.

Ewe won’t want to miss this show, it’s bleating brilliant! The Stow Cotswold Show endeavours to celebrate the traditional roots of the town of Stow, which was built almost entirely upon the wool trade. Visitors can meet the current sheep of Stow and follow their journey from fleece to wool, from wool to yarn, and yarn to garments and gifts – as well as the usual stalls, food and country demonstrations such as blacksmithing!

Riverside is a FREE family friendly music festival in an idyllic riverside setting with more than 40 acts playing across four stages, with all kinds of music from rock, indie and folk on the main two stages and all sorts on the Riverside Fringe and Buskers stages!

Here’s a message from the organisers: “Established for 24 years, we are one of the biggest free events in Oxfordshire, and a big fixture on the local music calendar too! All the bands who perform are mainly Oxfordshire based bands who willingly give up their time to perform for free. As we are a non-ticketed event, the weather makes a big difference to our visitor numbers, and as you might imagine, cold blustery wind and rain kept the crowds away. We raise the majority of our funding from sales at the bar, and as a consequence of the weather, for the first time ever, we didn’t cover our costs. For Riverside 2019 we have a big shortfall in our funds that we are looking to plug, and that’s where we’re asking for your help. Can you help us to keep Riverside FREE and ensure we can continue to put on this fantastic event for the local community, and for music lovers far and wide, some who come from many miles away to spend an afternoon or evening watching great music.”

A not for profit, community, 1-day family friendly music and entertainment festival in France Lynch Pleasure Grounds in Stroud. Headlining this year are Faithless and Sophie Ellis-Bextor, plus Dick and Dom make a return to the event! 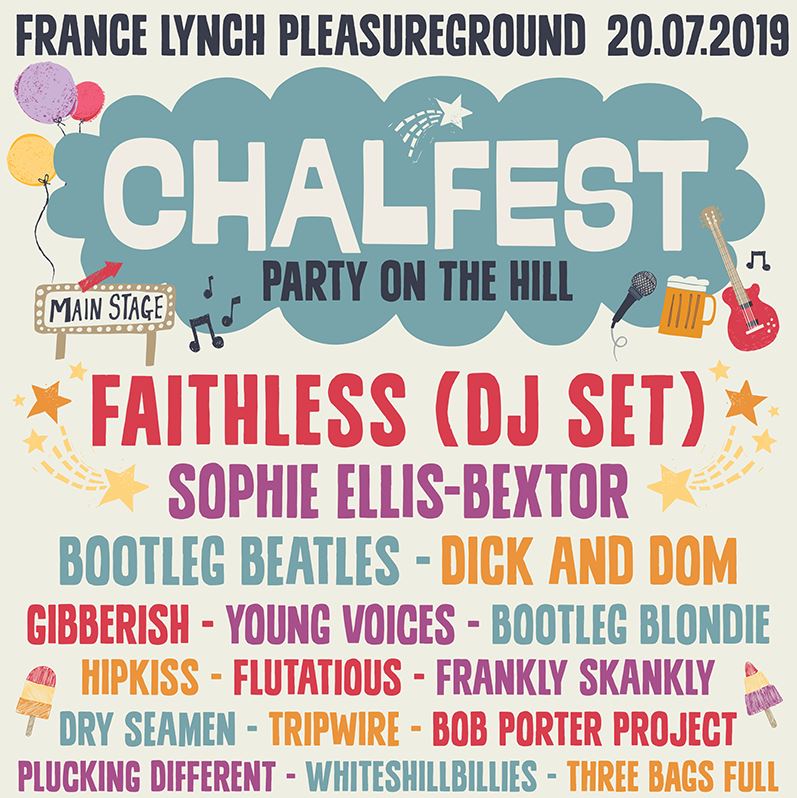 Packed with local ales and ciders, this weekend festival offers live music, a delicious BBQ and of course most importantly – the best drink for miles around!

WOMAD (World of Music, Arts and Dance) is an international arts festival. The central aim of WOMAD is to celebrate the world’s many forms of music, arts and dance, and all this taking place in Malmesbury on the edge of the Cotswolds. This year catch Catch the incredible Macy Gray, Robert Plant’s new project ‘Saving Grace’, Afro-Cuban All Stars and Ziggy Marley. 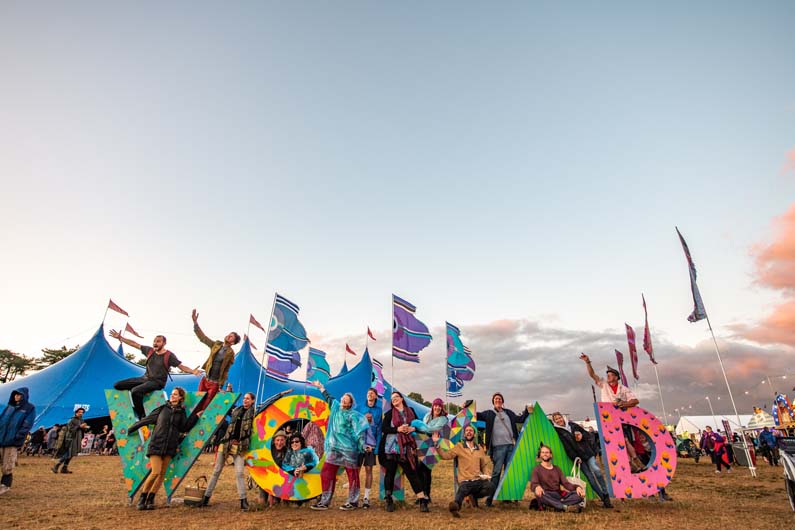 Wilderness festival is so much more than just a music festival. Explore your senses and open your mind to new ideas and experiences. It’s a weekend filled with wellness, inspiration, motivation and top-class music from the like of Tom Odell and Bombay Bicycle Club and supported by BBC Sounds.

If you fancy making a break of it, check out our cottages using the availability search box, all in close distance of these fabulous events!