The great literary guide to the Cotswolds 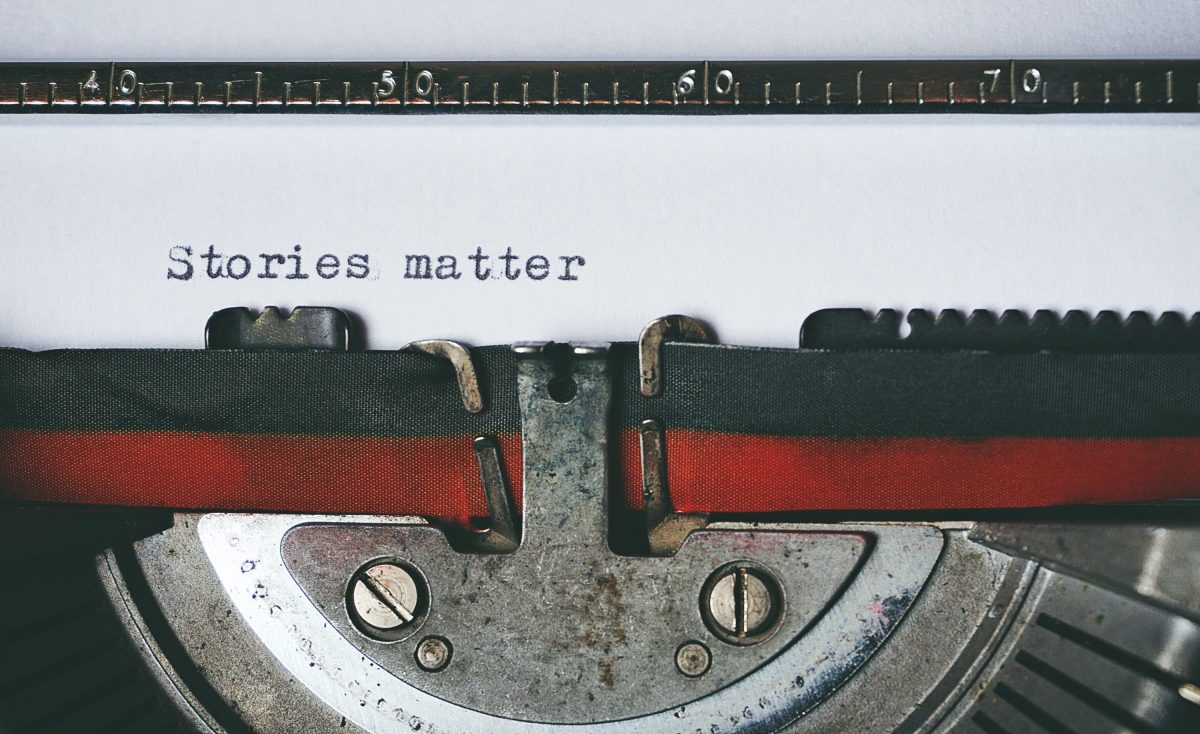 Just picture this. Hairy-toed hobbits, marauding dwarves and whimsical elves cavorting across the countryside, tiny mice with sewing needles, tea parties for mad-hatters, female super-sleuths, and swoon-worthy romantic encounters. It’s this and so much more that poured from the imaginations of celebrated literary luminaries, both past and present, who all found their muse amongst the beautiful landscapes of the Cotswolds.

Authors inspired by the Cotswolds

After a lifetime in Scotland, author Marion Chesney moved with her husband to the beautiful Cotswolds and, under her M.C Beaton pseudonym, Agatha Raisin came to life. Taking inspiration from rural village life, she created a feisty amateur-sleuth who retires to the Cotswolds and finds it a hotbed of murder, mystery, and intrigue.

Suggested Reading: Agatha Raisin and the Quiche of Death; The Wizard of Evesham and As the Pig Turns

Inspired by the house in which she lives; Burnt Norton, which lies close to the lovely villages of Aston Subedge and Chipping Campden, Caroline’s novel of the same name is the Cotswold’s answer to Downtown Abbey. Apparently, Sir Julian Fellows is a big fan. The house has an interesting and colourful history, which is woven throughout the tale. Whilst the house is not open to visitors, there are plenty of excellent walks around the area.

Although best known for her life in the Lake District, The Tailor of Gloucester was inspired by a friend whom she was visiting close to the city. Her friend told her the curious story of a local tailor who closed his shop one Friday evening with a waistcoat cut but not sewn and left on his worktable. When he opened the tailors on Monday morning, he found to his astonishment the waistcoat completed apart from one tiny buttonhole and a note reading ‘no more twist’. Beatrix was so enchanted by the tale that she declared she must visit Gloucester to see the shop. The legacy is The Tailor of Gloucester, widely regarded as Beatrix’s favourite story of all. Today, you can visit the House of the Tailor of Gloucester, which has been turned into a charming museum and quaint shop.

Suggested Reading: The Tailor of Gloucester

Dotted throughout the Cotswolds are a myriad of places said to be Middle Earth inspiration found in Tolkien’s fantasy works, The Hobbit and The Lord of the Rings. The most famous of these is the Bell Inn, Moreton-in-Marsh, generally regarded to be the basis for the Prancing Pony in Bree, and whilst never actually proven, the north porch door at St. Edwards Church in Stow-on-the-Wold flanked by two yew trees can undeniably be imagined as the Doors of Durin. The Rollright Stones, Broadway Tower and Bredon Hill are also strong inspirational contenders and Tolkien’s legacy remains strong, with members of his family still living locally today.

Suggested Reading: The Hobbit and The Lord of the Rings Trilogy

Arguably, Laurie Lee’s most notable work is the autobiographical memoir Cider with Rosie, the first book in the trilogy depicting his life in the beautiful Slad Valley. This coming-of-age story chronicles an altogether gentler time in this rural idyll. Today, you can follow the Laurie Lee Wildlife Way and stop for refreshment in what used to be his local pub, the Woolpack Inn.

Suggested Reading: Cider with Rosie, As I Walked Out One Summer Morning and A Moment of War

Best known as the author of the much-loved children’s classic Peter Pan, J.M Barrie spent many summers in the impressive surroundings of Stanway House, in the northern reaches of the Cotswolds. Possibly more impressive is the amateur cricket team that Barrie cobbled together. A more literary team would be hard to find with Arthur Conon Doyle, H.G. Wells, A.A. Milne and P.G. Wodehouse making up the numbers. Stanway House is a beautiful example of a Jacobean manor house lived in by the same family since the 16th century. Today, you can explore the medieval Tithe Barn, 18th century water garden, and see the Stanway Fountain, the highest gravity fed fountain in the world.

The legacy of the infamous Mitford Sisters can be found in a number of places throughout the Cotswolds but most significantly in the village of Asthall, which was the childhood home of the sisters and Swinbrook, where they lived and four of the girls are now buried. Nancy Mitford was the eldest of the six sisters and best known for her novels In Pursuit of Love and Love in a Cold Climate. Take a gentle stroll through the bucolic countryside from Asthall to Swinbrook and call into the Swan in Swinbrook, once owned by The Dowager Duchess of Devonshire, or Debo as she was known, Deborah Mitford.

Poet and playwright T. S. Eliot is regarded as one of the giants of modern literature and was a frequent visitor to the Cotswolds. In 1934, he wrote Burnt Norton, the first quartet of his poem the Four Quartets after stumbling across the ruins of the house on a countryside walk through Chipping Campden. Inspired by the air of decay and neglect, the poem reflects on the passing of time and the loss of the age of innocence. Although Burnt Norton house is not open to visitors, there are many walking paths through the area including the Cotswold Way, Monarch’s Way and Heart of England Way.

Best known as the bass player in the Britpop nineties band Blur, Alex James now lives on a farm in the Cotswolds and makes cheese. In addition to his autobiography Bit of a Blur, his follow up was entitled All Cheeses Great and Small – A Life Less Blurry. Alex James’ farm lies on the outskirts of Kingham and plays host to the annual Big Feastival, a fabulous three-day festival bringing together Michelin star chefs, award-winning food producers with street food, supper clubs and unique pop-ups, plus fabulous family activities and some of the biggest music artists in the UK.

It’s widely believed that Jane Austen drew on the memories of her visits to her cousins in the tiny village of Adlestrop. She also lived for many years in the magnificent Georgian city of Bath, on the edge of the Cotswolds. Her novels Northanger Abbey and Persuasion are set amongst the enchanting estates and rolling hills of the region and fans of Jane Austen’s Emma should head to Sudeley Castle in the medieval town of Winchcombe. The TV series was filmed here amongst its immaculate gardens, stately halls and history that dates back more than a thousand years.

Novelist Graham Green was one of the greatest writers of the 20th century who wielded his pen with great dexterity and counted fabled names such as Hemingway and Evelyn Waugh as friends and close companions. Moving to Chipping Campden in the early years of his marriage, he found inspiration in the profound sense of community and is where he wrote Stamboul Train, also published as Orient Express. Chipping Campden is one of those rare treasures in the Cotswolds that has somehow resisted the passage of time. The mellow-hued Cotswold stone buildings lining the high street and 400-year-old Grade I listed market hall are largely unchanged since the time of his residence in the early 1930s.

It’s no great surprise that the Cotswolds also plays host to a wealth of literary-themed events and festivals throughout the year. Below you’ll find a few of our favourites.

Brand new for 2021 was the Burford Literary Festival, the brainchild of Kim Harvey, who also owns the Madhatter Bookshop in the town. Featuring 40 authors from a wide range of genres, the stunning market town of Burford is the perfect setting for a literary festival and the event was so successful you can expect to see it return in September 2022.

The grandad of literary festivals brings together some of the biggest names in the literary world and the Cheltenham Literature Festival is a must-do event for book lovers of all ages. Listen to your favourite author reading extracts from their work, answering Q&A sessions and discover what makes them tick. Younger readers can enjoy sessions with authors of their beloved bedtime stories.

Better known as Chiplitfest, this annual festival takes place in April each year at a number of venues around the town. This charming event has a reputation as being one of the friendliest and innovative on the ‘lit fest’ circuit and attracts a diverse array of writers, poets and public figures along with large, lively audiences.

Over six days in November, the Stratford-upon-Avon Literary Festival features a stunning programme of bestselling authors, workshops, and celebrities. Let’s be honest – as the birthplace of the world’s most famous playwright it wouldn’t be right if there wasn’t some celebration dedicated to all things literary.