Royal pubs in the Cotswolds 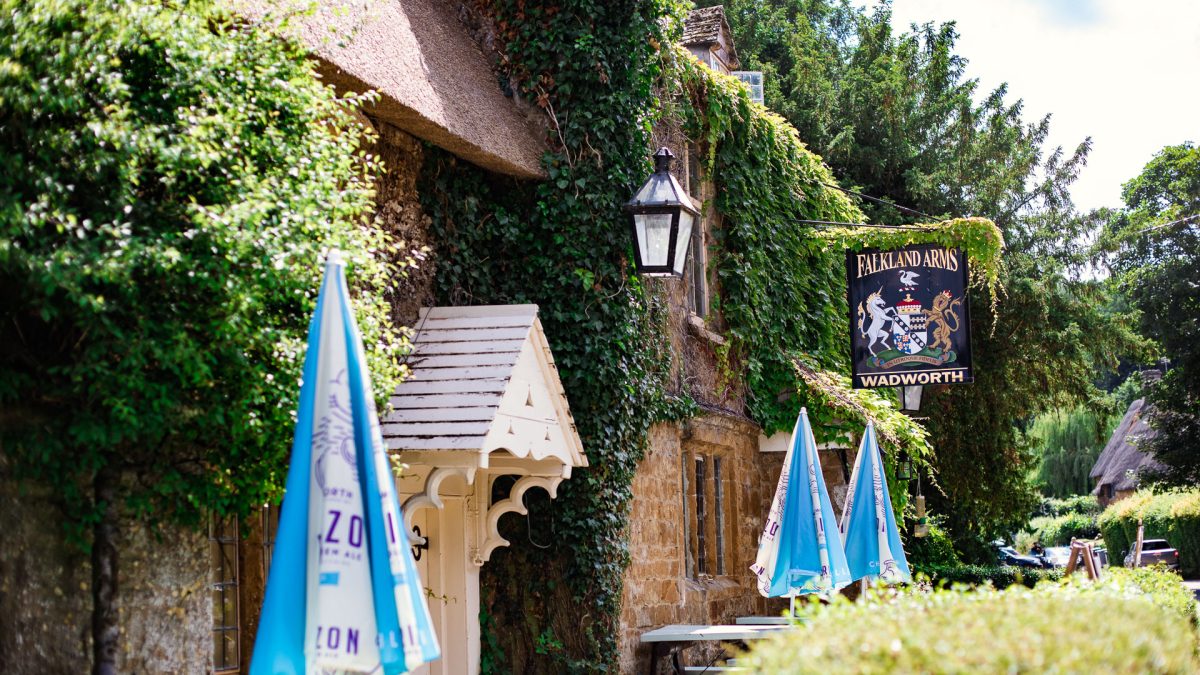 The Cotswolds enjoy a long-held association with royalty. Stretching way back from King Henry VIII’s visit to Sudeley Castle with Anne Boleyn, right up to the present day and HRH Prince Charles and The Duchess of Cornwall’s beloved Highgrove House. Throughout the centuries, the monarchy has sought solace and safety, within the beautiful rolling hills of the Cotswolds. King Charles I, in particular, was a frequent visitor as he charged around the country during the English Civil War finding shelter behind the thick stone walls of the traditional village inns dotted across the countryside.

This year commemorates the Queen’s Platinum Jubilee, and we thought we would have a look at a few of the ‘royal’ pubs across the Cotswolds.

This charming Grade II listed inn lies in the very heart of Cirencester, the capital of the Cotswolds. In September 1651, King Charles II took refuge here, as he hid from the parliamentarian troops who were keen to cash in on the £1000 bounty placed on his head. Call in for a coffee whilst browsing the unique and independent stores of the town or settle in for a feel-good meal created from the excellent local produce.

The Howard Arms is a truly delightful Cotswold pub steeped in history. During the 1600s, the inn was on the front line of the English Civil War, as King Charles I and the parliamentarians did battle. Today, it is an altogether more peaceful spot overlooking an old horse chestnut tree on the village green. This welcoming pub offers a broad selection of local ales and a menu of excellent pub classics and modern dishes.

Full of quirky character and personality, the Kings Arms in Stow-on-the-Wold is a charming 17th century inn and it sits on the market square of this historical, market town. It is a welcoming place to enjoy an excellent meal and soak up the atmosphere of an ancient inn, where King Charles I stayed en route to the Battle of Naseby in 1645.

The Kings Arms is one of the most popular pub names in England and in the main, it’s thanks to King Henry VIII. During his Reformation, when the monasteries were disbanded, many publicans who loudly and proudly announced their religion through the name of their pub made swift changes to the name above the door. In loyalty and deference to the king, the Kings Arms was born and the Kings Arms in Woodstock is one such place. The pub dates back to the 1500s and predates its famous neighbour, Blenheim Palace.

The Rattlebone Inn is a quintessentially English country pub that oozes tradition and character. The bar is a warm and welcoming spot with a wealth of real ales, and the food on offer is modern country cuisine. It’s not far from Highgrove and Tetbury and it’s not uncommon to see a member or two of the royal family enjoying a little downtime here.

Dating back to Tudor times, the White Hart Royal in Moreton-in-Marsh is another establishment that can lay claim to King Charles I taking shelter within its walls. The king actually stayed here not once, but twice. The first was in July 1644 at the height of the English Civil War and he then stayed again in August 1645 after his defeat at the Battle of Naseby. Today, you can relax within its atmospheric walls, enjoy a wonderful meal in front of vast, roaring fireplaces and soak up the history of this remarkable building.