A tale of rocks and rogues 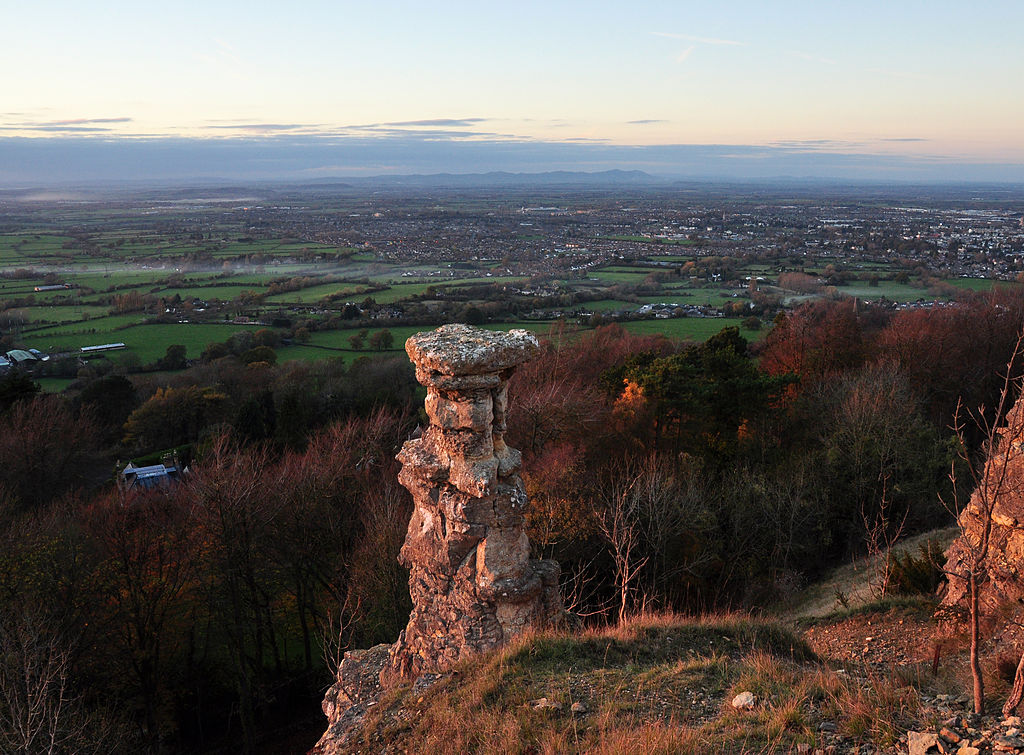 With Halloween just around the corner, we thought we would head up Leckhampton Hill in Cheltenham and visit the famous Devil’s Chimney…

Leckhampton Hill was once a Cotswold hive of industrial activity, specifically the quarrying of limestone. Even when you visit today, there are still visible traces of the most recent quarrying which took place from the late 18th century to the mid-1920s.

The stones from Leckhampton Hill were of varying quality. The best was used for carving for interior use – you can spot some of the works in Cheltenham College Chapel. However, the majority of it was used for the general road stone and gravel, and a source material for the production of lime.

While quarrying is Leckhampton Hill’s history, it isn’t what most people know it for. Most locals know it as the Devil’s favourite mischief spot. Legend states that the Devil was provoked by the numerous Christian churches in the area, and sat upon Leckhampton Hill, throwing rocks at all those who attended church on a Sunday. He taunted and mocked them, before the rocks turned back on him and drove him beneath the ground, preventing him from harassing the villagers any further. Those mass of stones formed the iconic shape we know of today, and supposedly act as a chimney to hell, with some even saying they have seen tendrils of smoke rise from the structure at night.

Visitors often leave a coin among the stones, to protect them from the wrath of the Devil, to protect the chimney from further erosion and, some believe, to ensure the privacy of its most infamous inhabitant.

Take the Leckhampton Loop Circular Walk for a scenic adventure across rich grasslands and peaceful woodlands, and you will spot the Devil’s Chimney en route. Remember to take a coin with you, to ensure safe passage and no mischievous tricks played upon you.